The latest creation that came out of Artisans de Genève is once again a very personal creation, a watch that has been customized and modified according to the wishes of a very famous customer, passionate about the brand: Spike Lee. After its first customization in 2017, the award-winning screenwriter and director once again asked the lab to modify one of its watches, this time to commemorate his nomination as jury president for the 74th Cannes Film Festival.

Artisans de Genève is, without a doubt, among the best laboratories for the personalization of watches. It's not just about changing a dial or adding a coating, the work done here goes much deeper and includes changing the case, adding new material and one of their specialties, the modification and skeletonisation of movements, re-decorated by hand in the traditional way. Although the style of these creations it can be questionable at times it actually reflects the owner's choice of the watch used as a base.Each single time, one has to acknowledge the impressive quality of the work done. 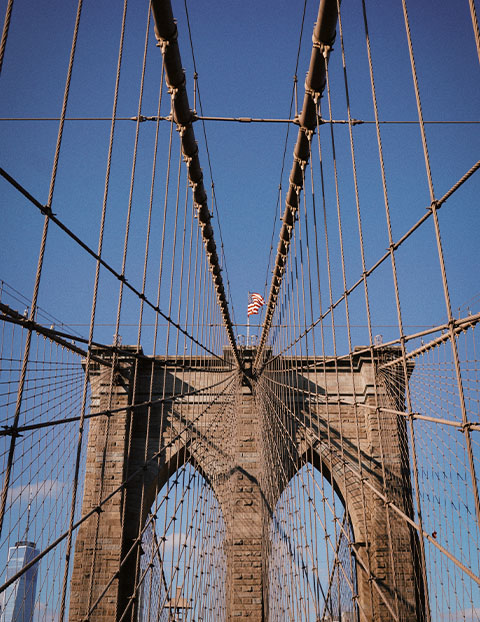 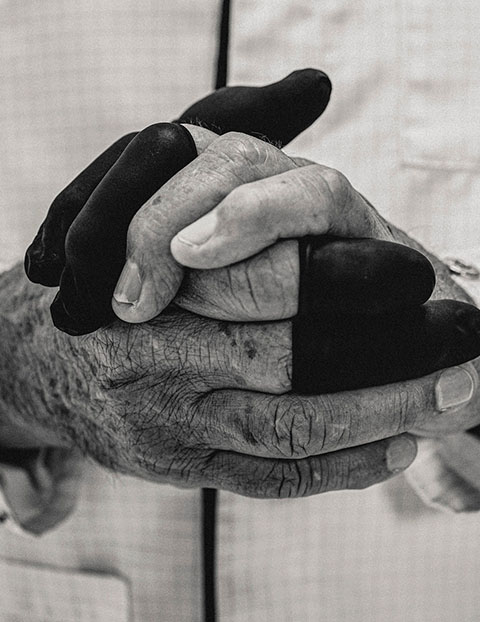 The idea behind what it is called "The Cool Hand Brooklyn Skeleton" was to reflect the love of Lee for the place where he grew up and for the city that made him known worldwide, Brooklyn, New York City. The design is influenced by the director's favorite colors, orange and blue, with a decidedly urban look that Lee is famous for. The base used for this creation is a Rolex Daytona 116520, although not much is left of the original watch after the workshop took care of it and added all its watchmaking savoir-faire. 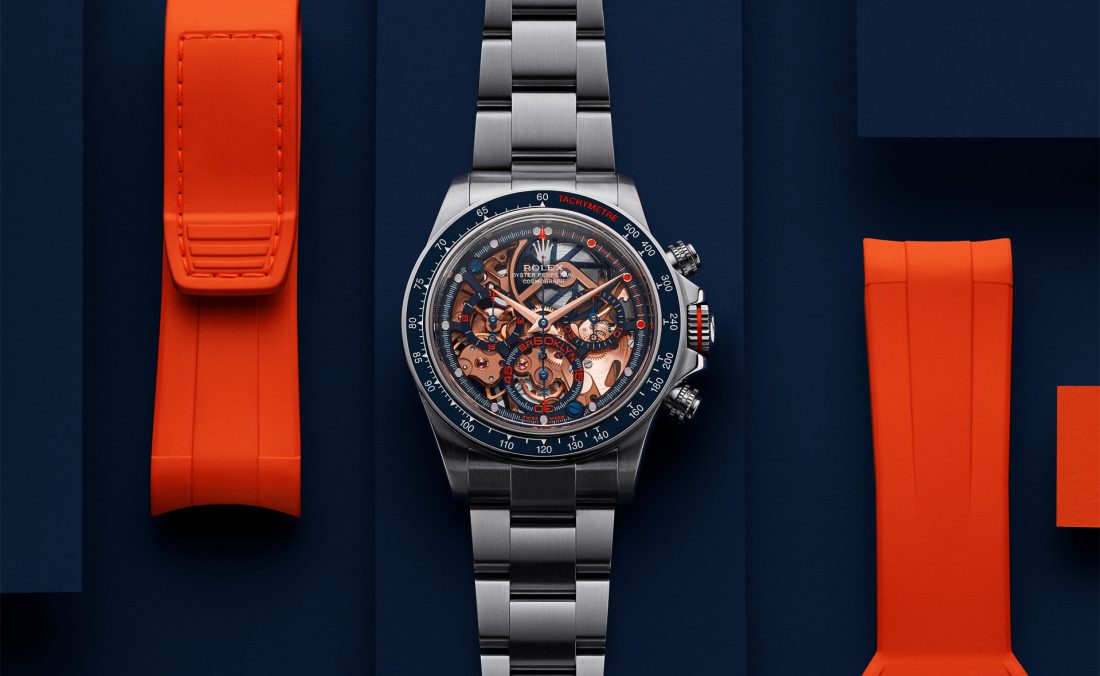 The work done by Artisans de Genève together with Spike Lee concerns both the dressing (case, strap and dial) that the mechanics. First, while the base of the case is identical, this one Artisans de Genève "The Cool Hand Brooklyn Skeleton" It features a new bezel with a blue ceramic insert. The crown and pushers are also new, and although they are still screwed down, their design has been reworked. The crown has a recessed orange line and the pushers have the words “Start-Stop” and “Reset”. Also in stainless steel and measuring 40 mm, the case features new finishes all around (brushed and hand polished), including a sandblasted caseback and a new screwed caseback with engravings and sapphire crystal. 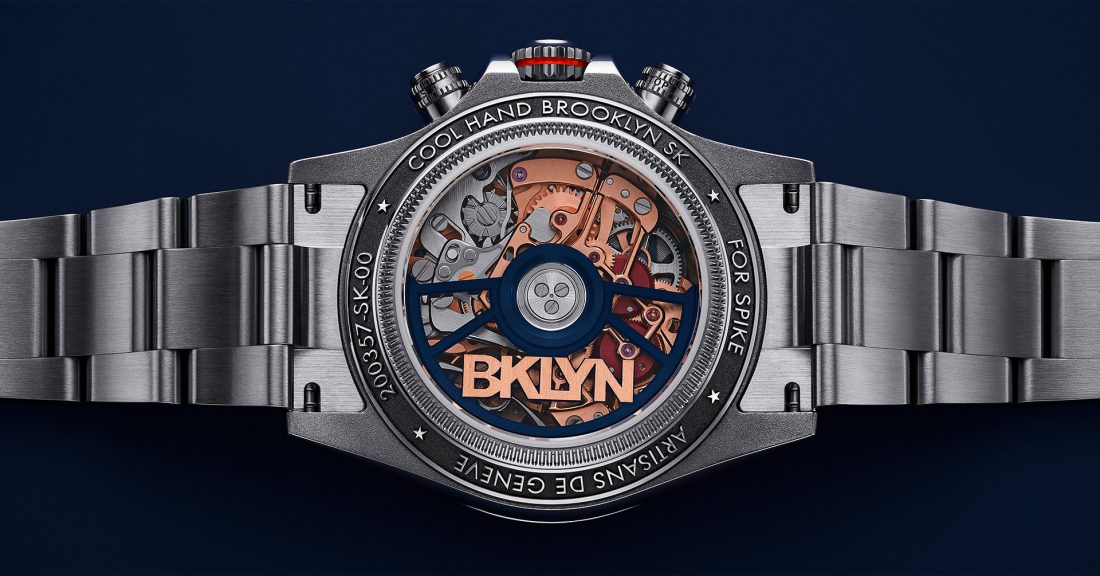 The dial, or what remains of it, is entirely pierced with a blue piece with peripheral track and sub-counter rings. It is executed in blue with applied indexes in rose gold, filled in white and orange and, finally, an inscription "BR60KLYN”In the small seconds, which was enlarged. Also new are the hands, in dauphine shape and rose gold color. 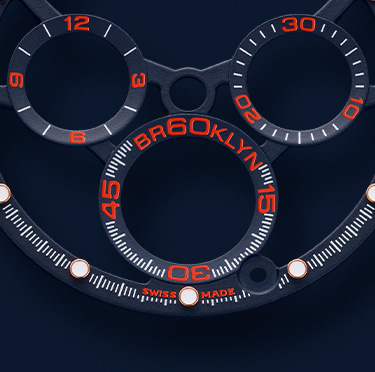 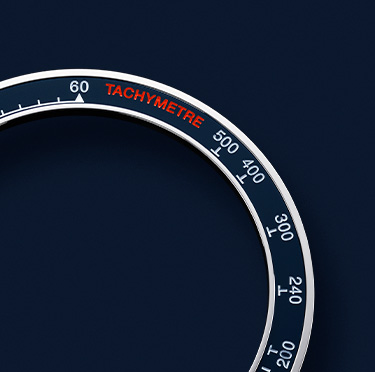 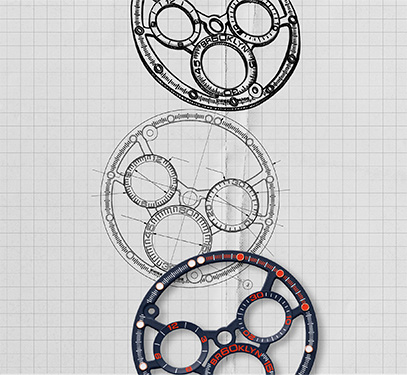 The technical basis remains the 4130, entirely reworked and skeletonized to reveal parts of the movement. The decks were deeply opened and hand decorated with sandblasted surfaces and corners blunt. The movement has been coated in a striking rose gold color. The reverse reveals the same skeleton work, with the entire chronograph mechanism clearly visible. With the same level of decoration there is also a new custom tungsten rotor, coated in blue PVD and featuring a rose gold inscription "BKLYN". 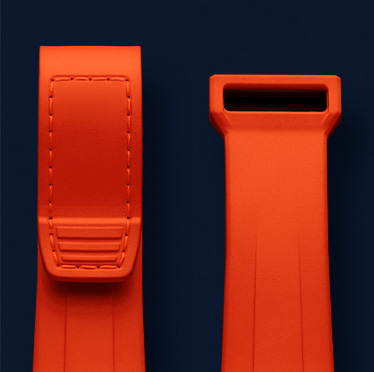 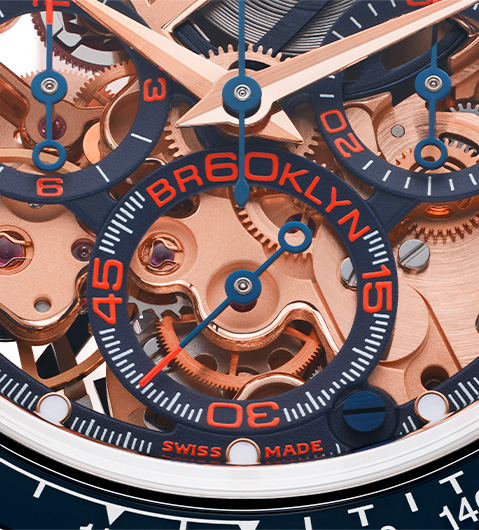