When it comes to chronographs, few brands can match the skill of A. Lange & Söhne. It is literally one of the most complex chronograph movements available on the market, capable of dividing hours, minutes and seconds when timing an event. 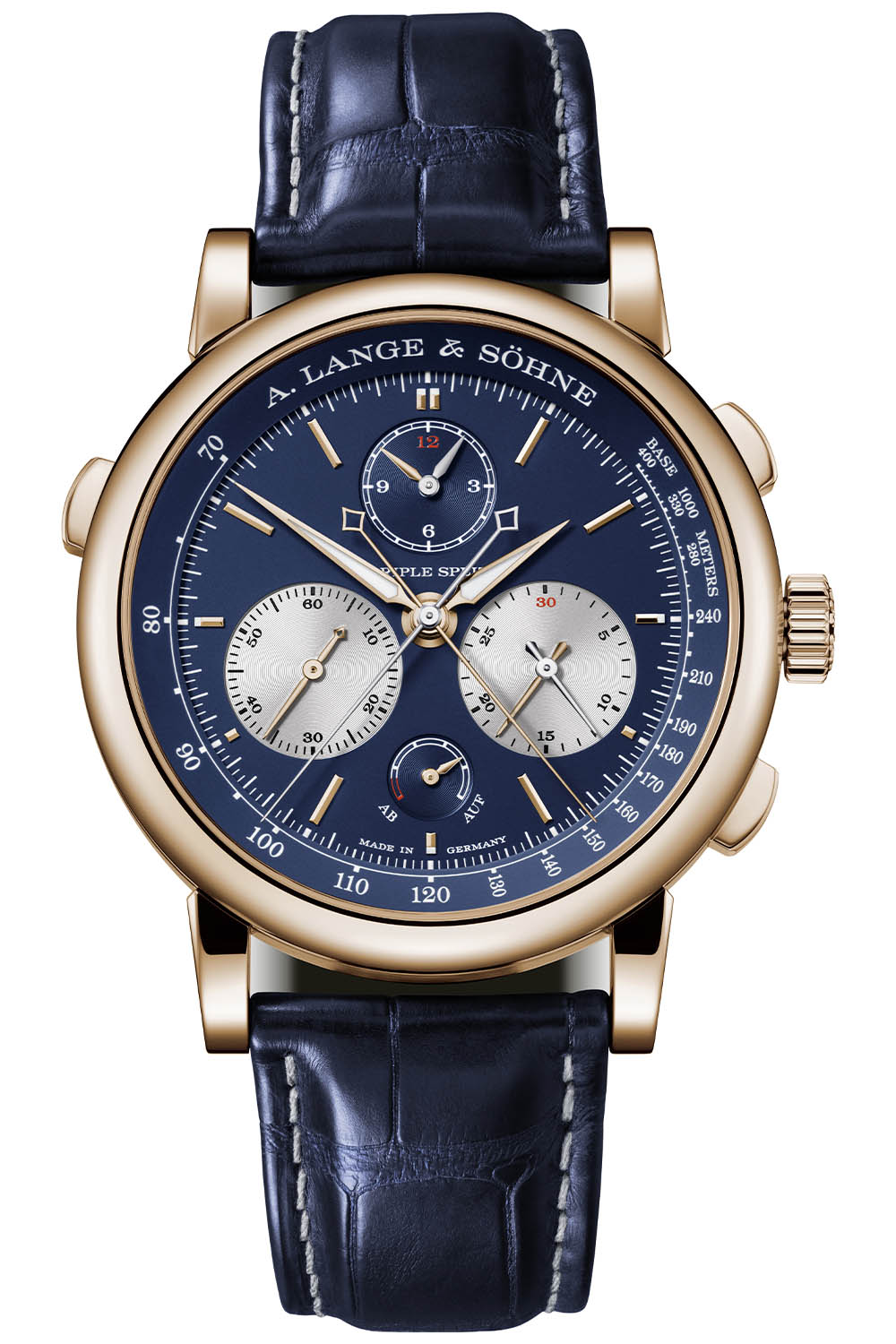 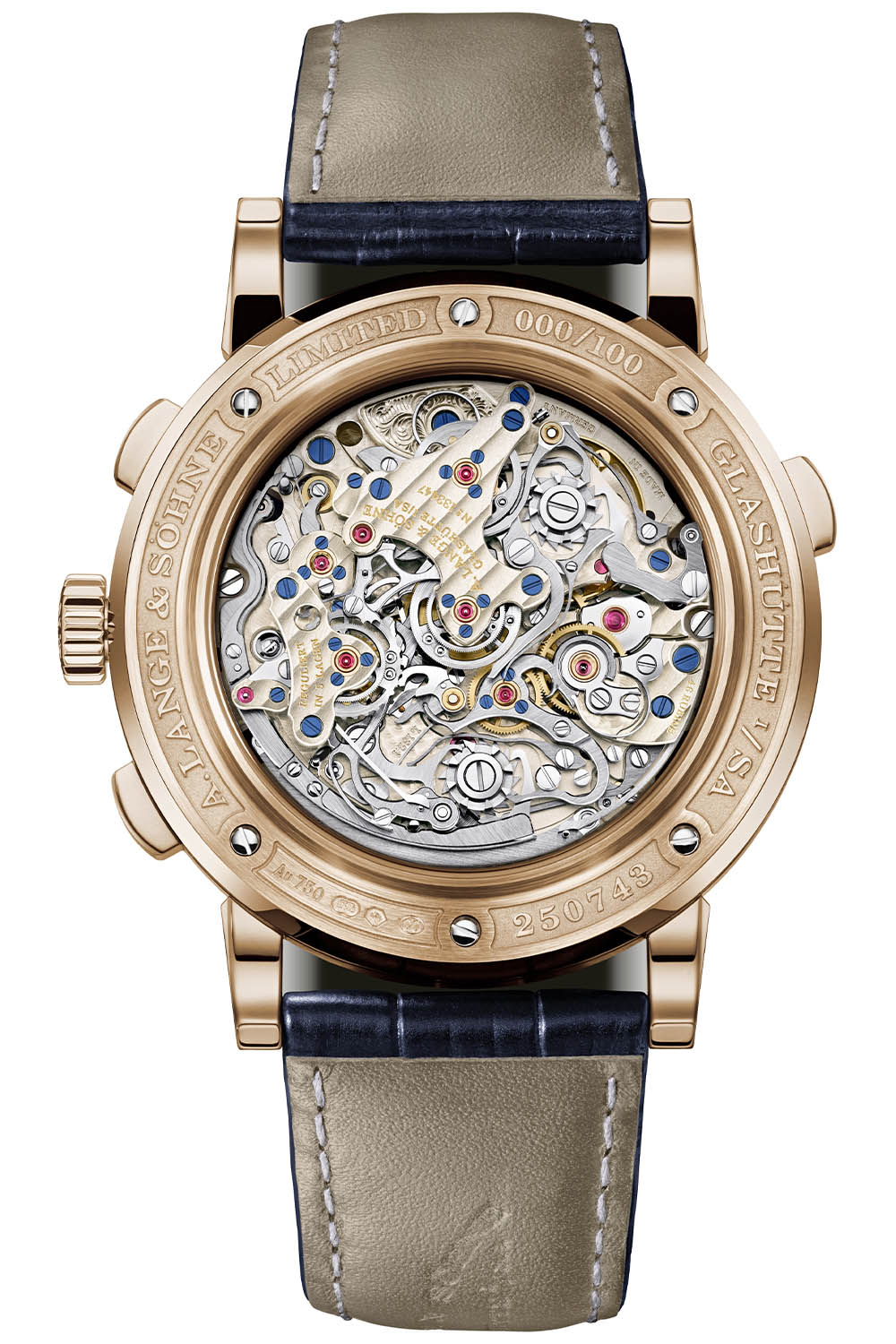 The fundamental principle of every chronograph is based on a demand for functionality and the timepieces with this complication excelled in the field of racing, where the calculation of the elapsed time to determine a winner was fundamental, but was only useful for a single passage of time. The split second, or rattrapante in French, it allows the tracing of several steps by adding a second hand that can be stopped using a button, ie the “split” function. 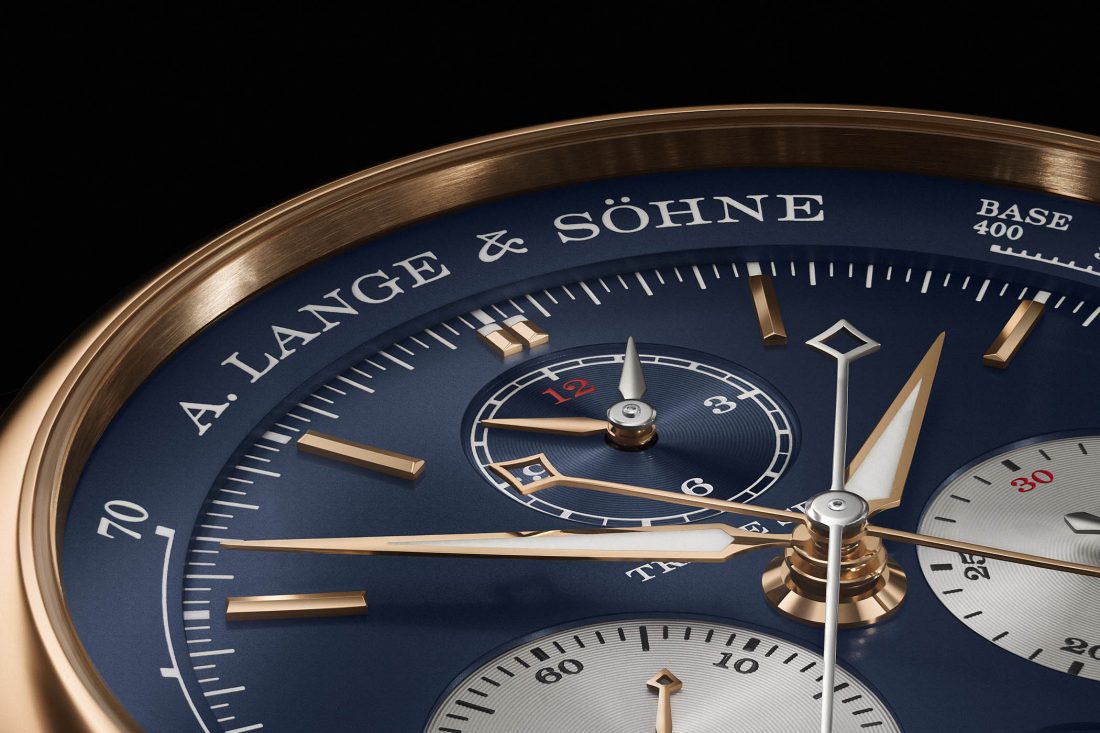 Il Double SplitLaunched by A. Lange & Söhne in 2004, he was able not only to divide the seconds but also the minutes. By expanding the functionality of the original fraction-second principles, it could compute more complex time passes. And not content to rest on its laurels, the German manufacturer launched the Triple Split, which was his crowning achievement in the field of chronographs. The Triple Split, an extremely complex movement in which seconds, minutes and hours can be divided with the push of a button, a truly unique and very complex timepiece. 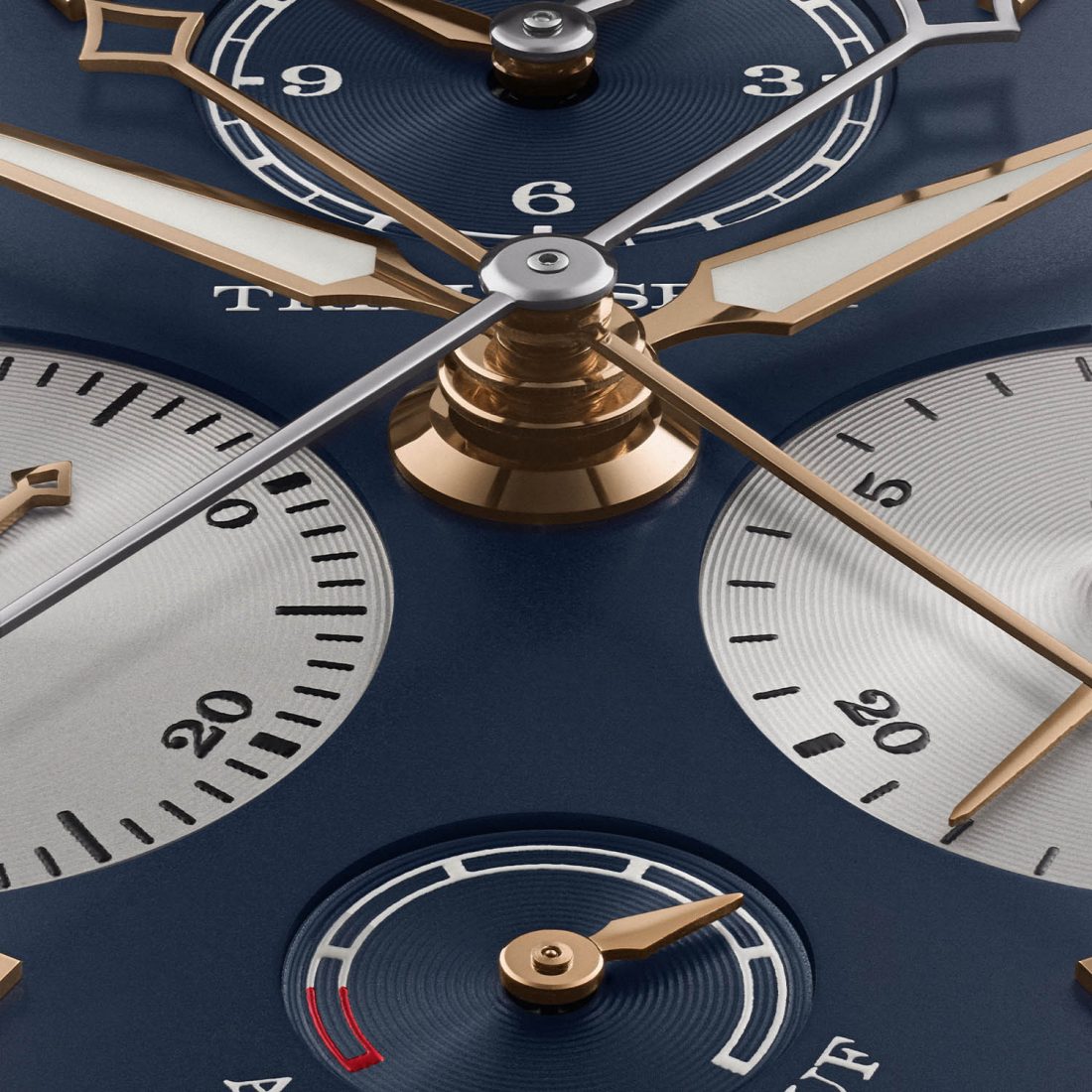 The first Triple Split was launched 3 years ago in white gold with a gray dial, to which this new edition with 18K rose gold case and a deep blue dial is added today.

Technically the new A. Lange & Söhne Triple Split presents the same caliber L132.1 of the original. The movement alone has 567 parts and is considered to be one of the most complex chronograph calibers around. It has the same level of finish as well, like all watches A. Lange & Söhne, has been assembled twice to verify its accuracy and execution. Of course all the components, from the German silver bridges to the smallest gears, levers and springs, have been finished and decorated by hand. 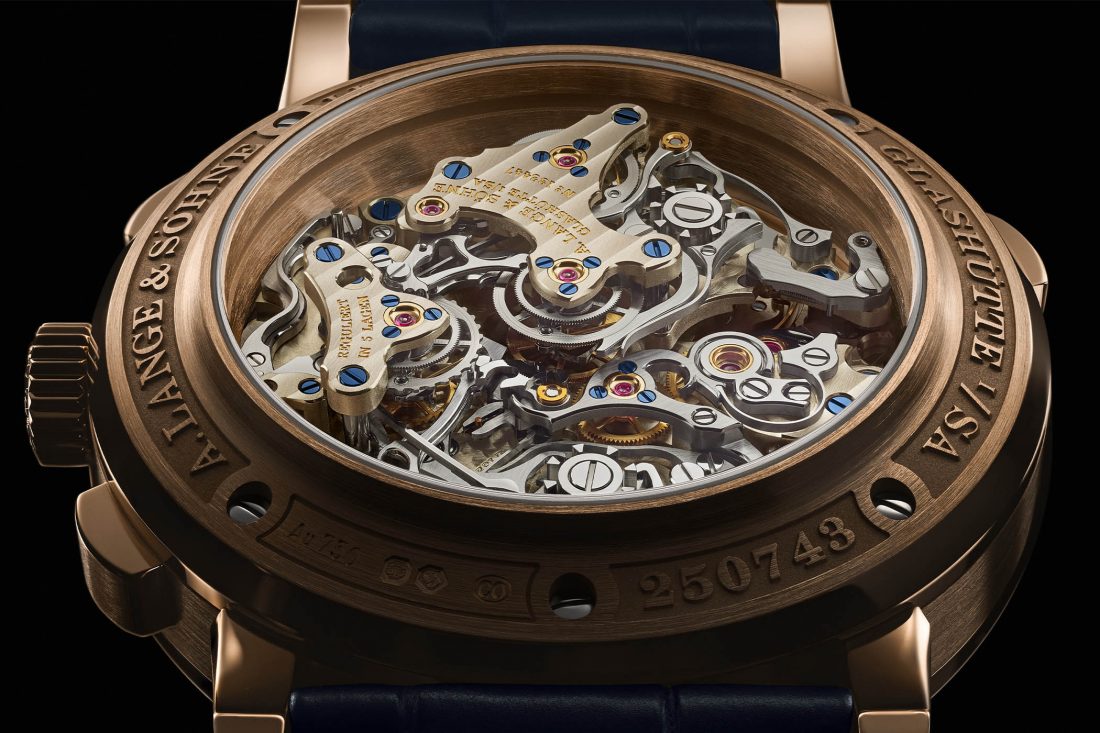 Completed with a new blue alligator leather strap A. Lange & Söhne Triple Split Pink Gold is available in a limited edition of 100 pieces, like the first edition presented in 2018. The price is set at 159.400 EURO.