Often erroneously quoted but never forgotten, the concise communication of Jack Swigert with the NASA Mission Control Center, "Ok, Houston, we have a problem ", is the stuff of legend. Following the explosion of an oxygen cylinder and the consequent voltage drop in the command and service modules, the space odyssey of theApollo 13 it could very well have ended in tragedy. Thanks to multiple devices, especially their reliable mechanical watches - Omega Speedmaster Professional - the crew ofApollo 13 managed to return safely to Earth. And that made it Speedy worthy of the Snoopy Award area of NASA. To celebrate half a century of this milestone, Omega presents the new Speedmaster Silver Snoopy Award 50th Anniversary. 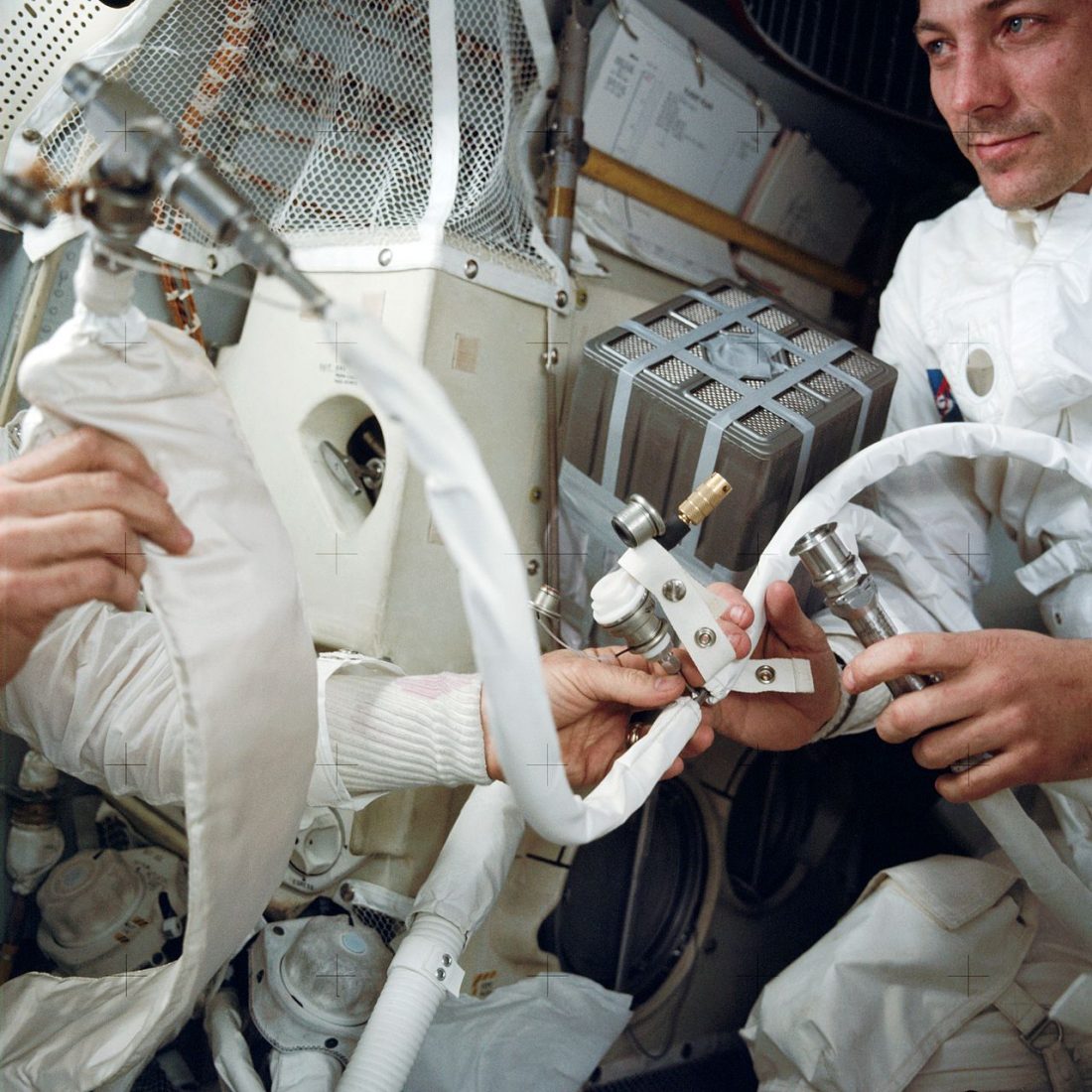 THEOmega Speedmaster it was part of the mandatory equipment for astronauts in the program Apollo and was on the wrist of the crew members of theApollo 13: Lovell, Swigert e Smell. As you all know, the mission was aborted before landing on the Moon following an explosion inside the service module. The crew had no choice but to resolve the situation with patch solutions and use the lunar module and the attraction of the moon as the only way back to Earth. The burn necessary for their return to Earth had to be calculated with absolute precision. As most of the onboard equipment was compromised, the crew relied on their own mechanical watches Omega Speedmaster Professional to calculate the elapsed times. 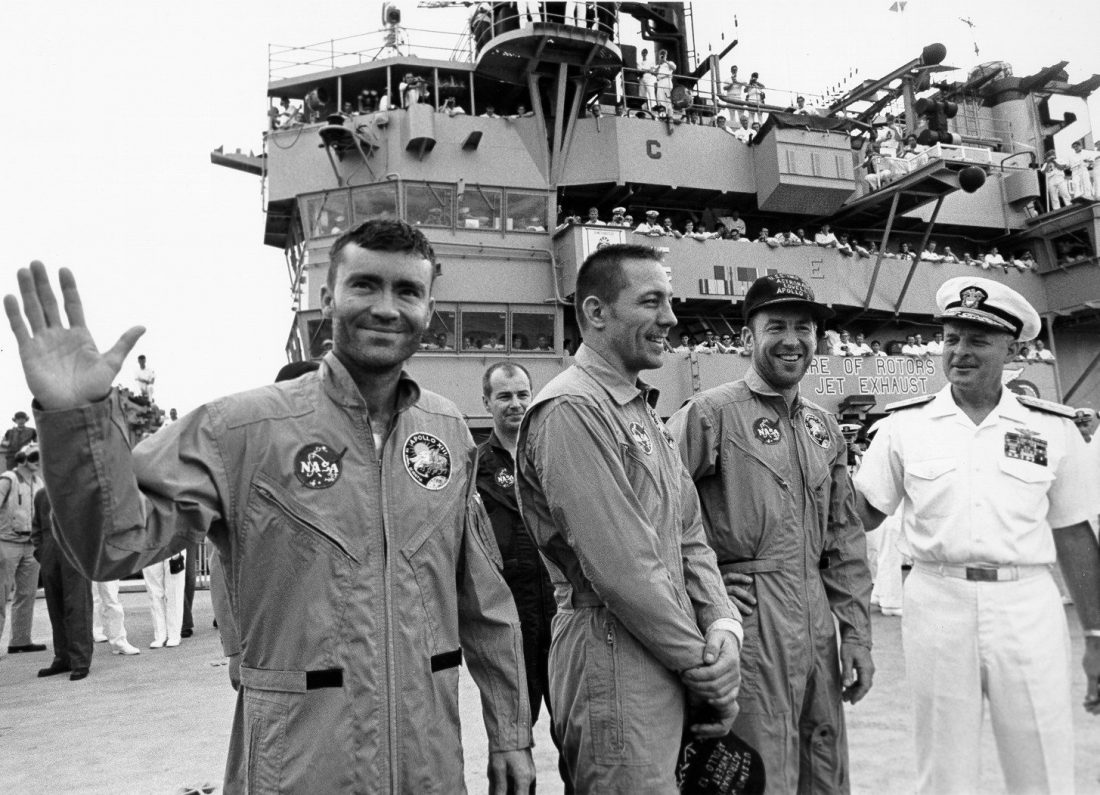 Once the crew is safely back on Earth, the vital role of the Speedmaster in the rescue mission he was recognized by the NASA with the Snoopy Award, a special honor awarded to employees and contractors of the NASA for outstanding achievements relating to human flight safety or mission success. 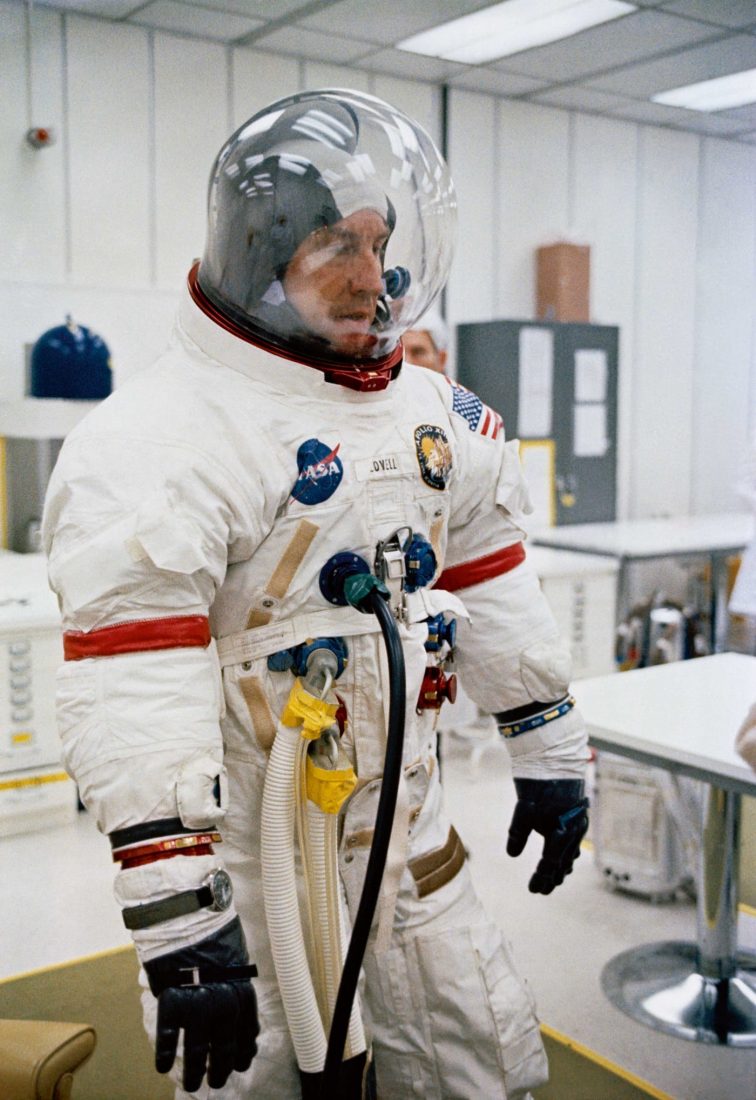 Playing on this result, the brand presented two watches as a tribute to the Snoopy Award obtained October 5, 1970. The first watch, reference 3578.51 (photo below), was introduced as a limited edition of 5.441 pieces in 2003. Almost identical to the Moonwatch standard, featured the Snoopy crest in the small seconds counter and on the caseback. 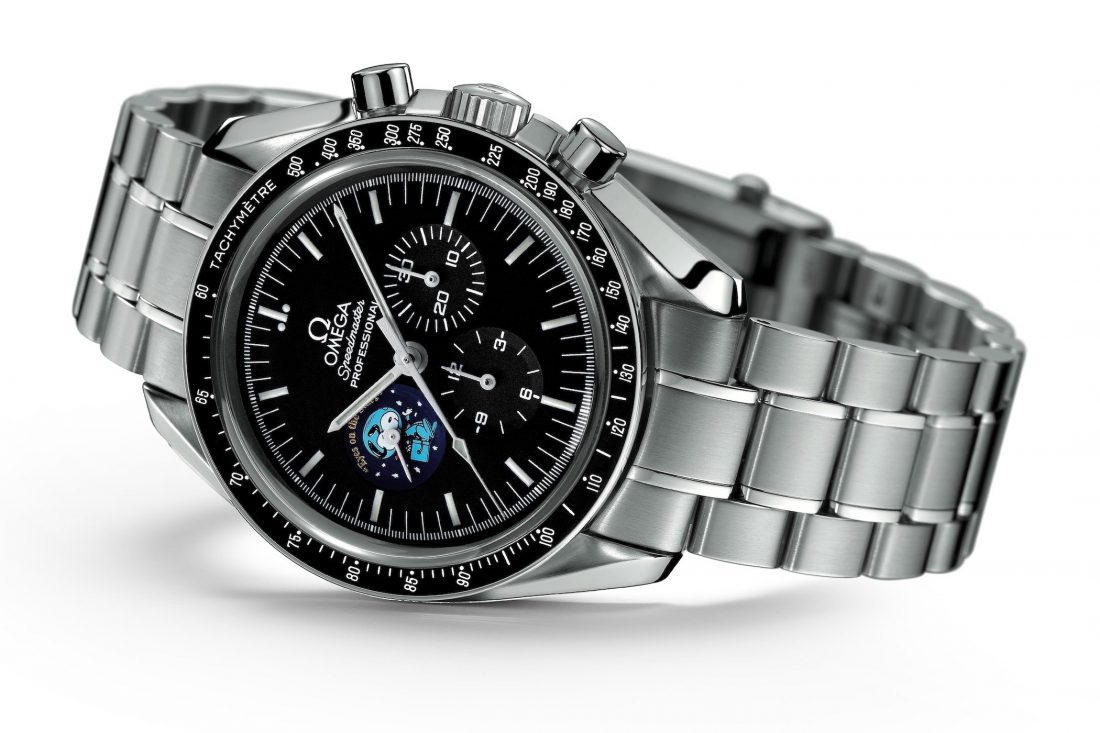 The second model, introduced in 2015 to commemorate the 45th anniversary of theApollo 13, showed a white dial with several references to Snoopy, a 14-second trace to remember the exact moment of the burn and a badge Snoopy silver on the caseback. This edition, reference 311.32.42.30.04.003 (photo below), was limited to 1.970 units. 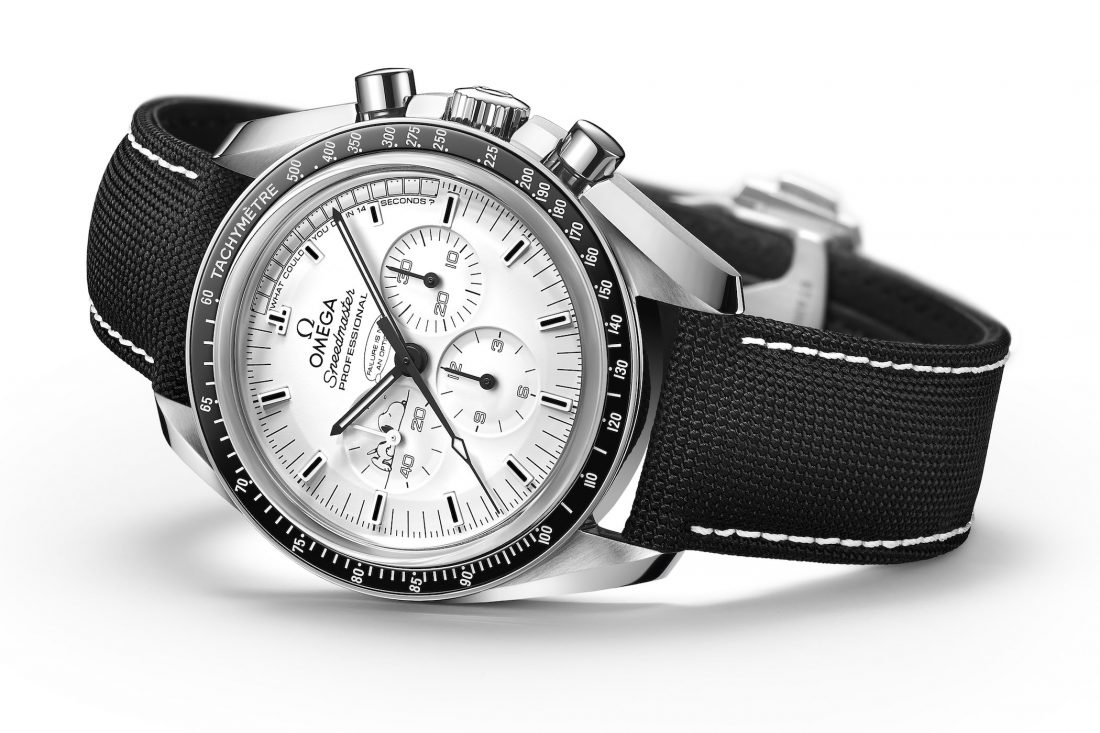 To celebrate the 50th anniversary ofApollo 13 and the award received by Omega, the brand has decided to create a new special edition. In fact, no limitations are attached to this questor 50th anniversary of the S.peedmaster Silver Snoopy Award, which will be available at resellers starting this month. 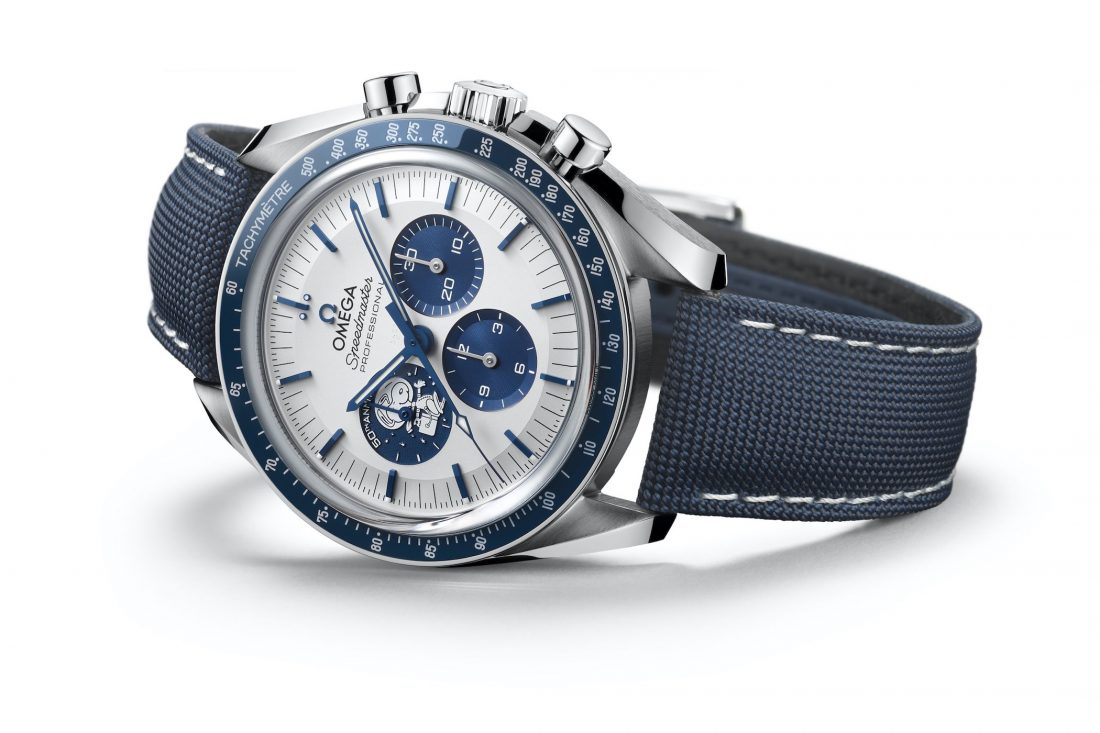 This new model is based on the classic, iconic Speedmaster Professional Moonwatch, but with updated materials, new colors and special features to make this piece unique in the collection. The stainless steel case retains the classic professional asymmetrical case, with a diameter of 42 mm. The watch is protected by a double domed sapphire crystal. The outer bezel of the speedometer, the founding element of the Speedmaster in 1957, it is made of blue ceramic with the scale in white enamel. It features the dot in addition to the number 90, something that fans of Speedmaster they will certainly appreciate it. 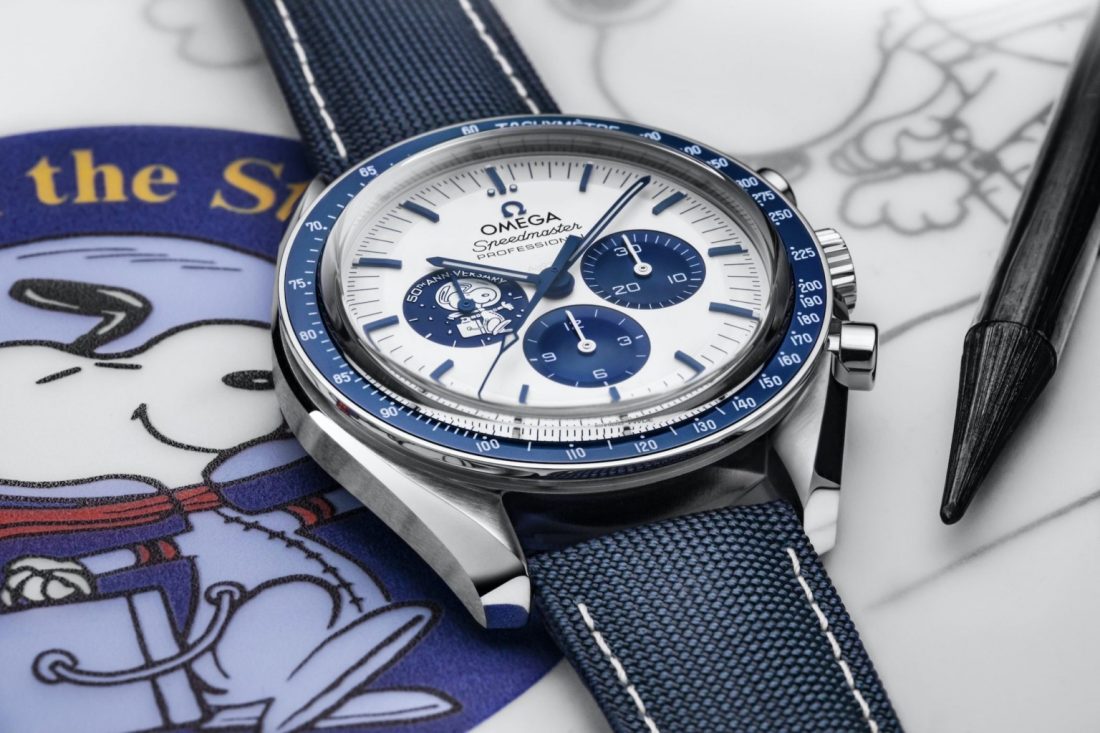 The dial of the Speedmaster Silver Snoopy Award 50th Anniversary it is made of solid silver and laser engraved to reveal its surface. It features applied indexes and hands with blue PVD coating, as well as a logo Omega blue applied. Snoopy plays a prominent role in the timepiece, first appearing as an embossed silver medallion on the blue dial at 9 o'clock. He is shown wearing his famous spacesuit, in the exact style of the silver pin that astronauts NASA give to the recipients of the award. 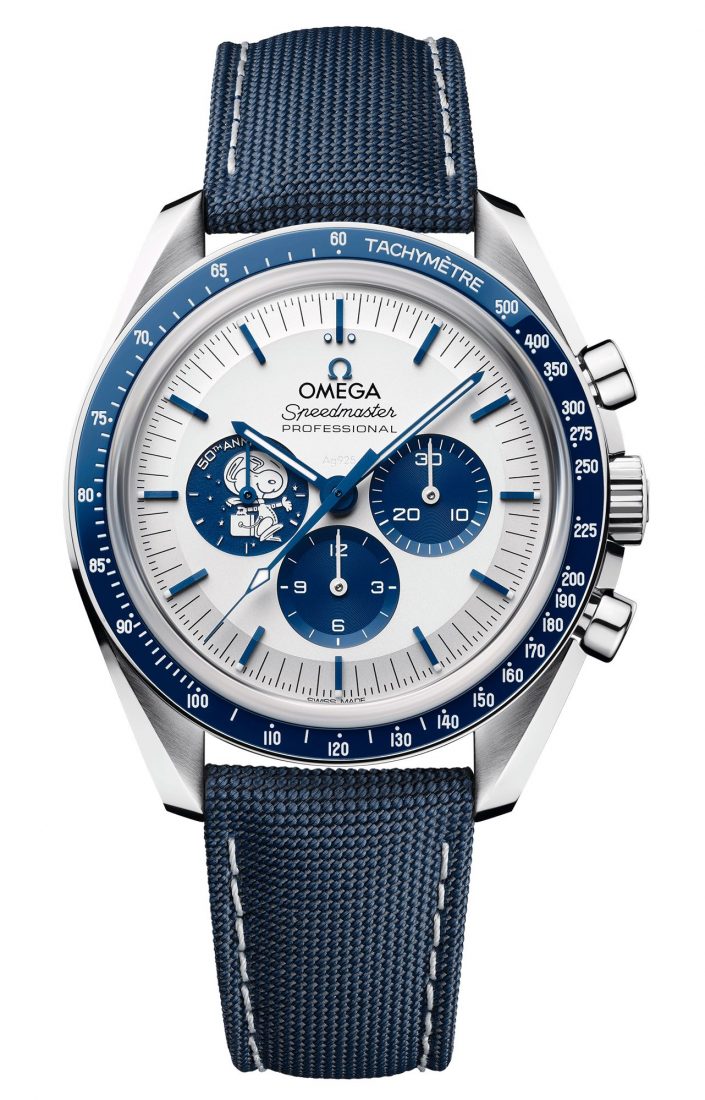 The most unique features can be seen under the caseback NAIAD LOCK, which is made of sapphire crystal but does not reveal movement. Omega therefore plays on the theme Snoopy e Moon to the maximum and with animations. Snoopy entered orbit here, thanks to its black and white animated command and service module (CSM) on a magical hand. 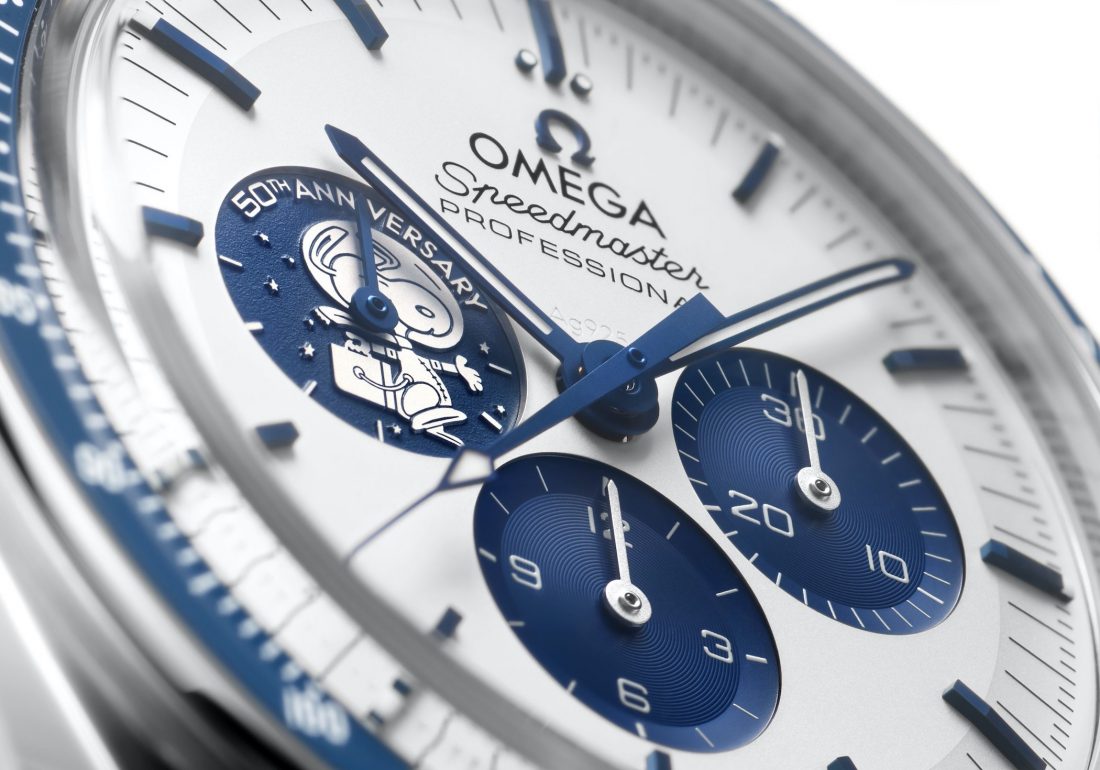 When the chronograph second hand is in use, Snoopy takes a trip around the mysterious far side of the Luna - just like the crew of theApollo 13 - with the lunar surface decorated on the sapphire crystal using an exclusive microstructured metallization. In addition, the disc of the Terra rotates once a minute, in sync with the small second hand of the watch, and symbolizes the precise rotation of the Terra. The iconic quote, "Eyes on the Stars“, Is engraved in the black sky. 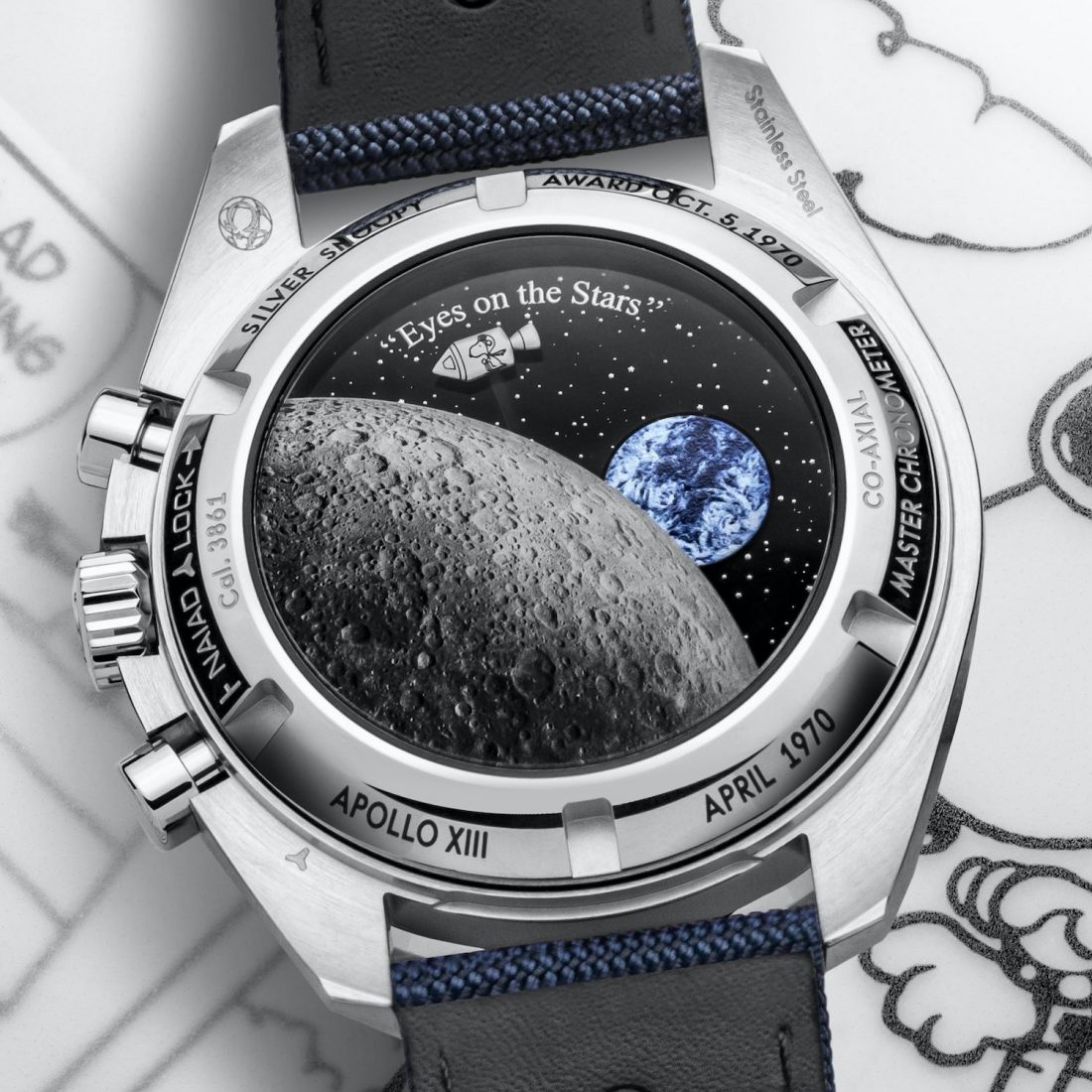 To fuel this Speedmaster Silver Snoopy Award 50th Anniversary is the recently introduced caliber 3861, an evolution of the iconic caliber 1861, now equipped with a coaxial escapement, which boasts a power reserve of 50 hours and meets the ultra-demanding requirements of certification Master Chronometer - including magnetic resistance of 15.000 gauss. 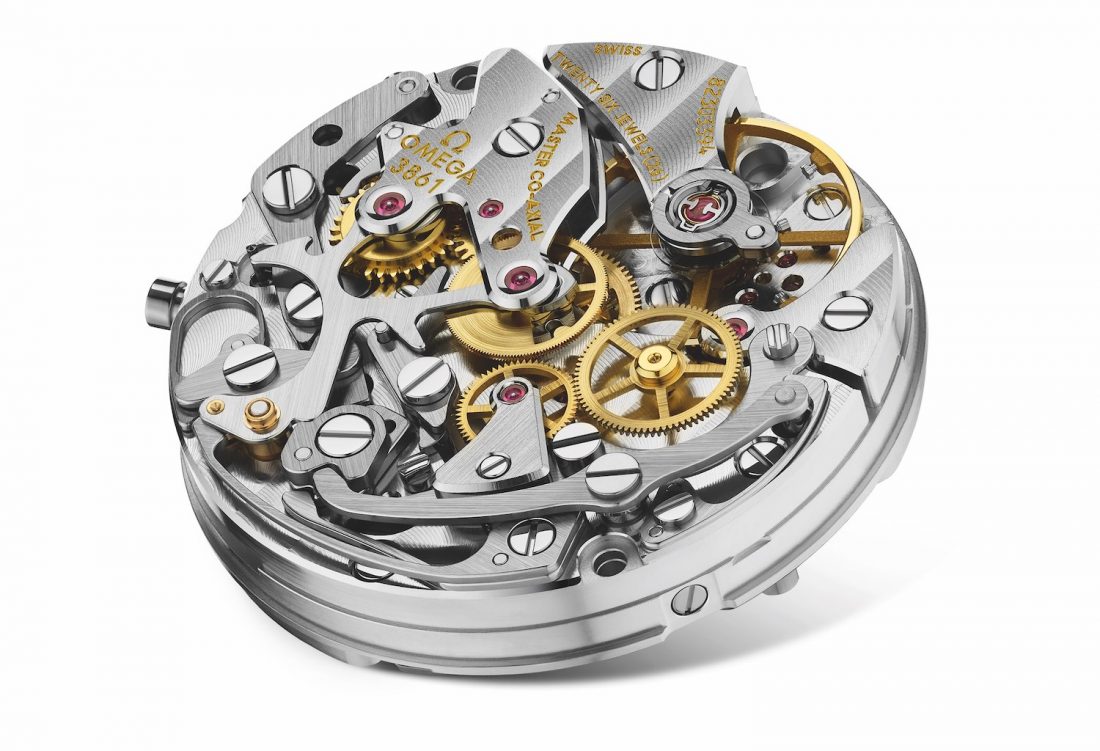 The watch is worn on a blue nylon fabric strap that matches the other blue elements. It is closed by a steel buckle and the trajectory of the Apollo 13 mission is imprinted on the lining.

The reference 310.32.42.50.02.001 presented for the 50th anniversary of the award Omega Speedmaster Silver Snoopy it will not be limited in production. Comes with a full 5 year warranty. It is presented in its Apollo 13 box, with a microfiber cleaning cloth, a brochure and a magnifying glass for a close-up of all the details. It will be available in stores soon - October 2020 - at the price of 9.500 Euros. 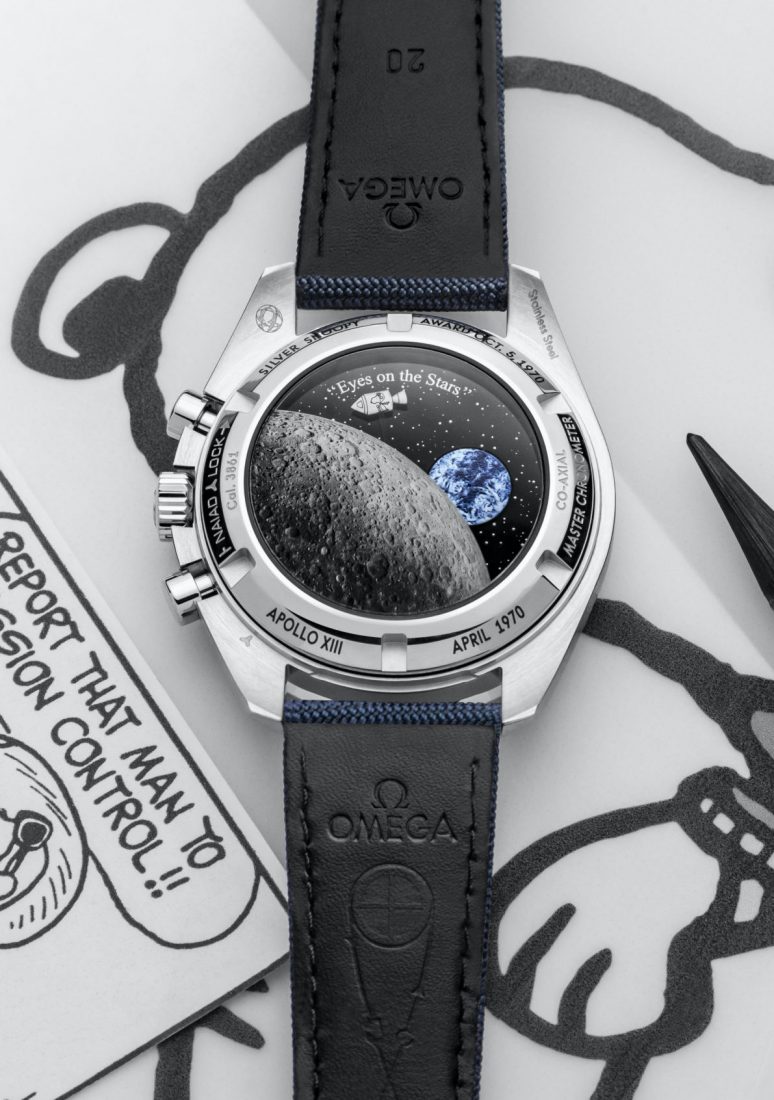