Today Vacheron Constantin presents its most complicated wristwatch to date, officially equipped with 24 complications - one answer to the GrandMaster Chime di Patek with 20 complications? It is not up to us to answer this question, but certainly, the introduction of such a complex watch marks an exciting moment in watchmaking. 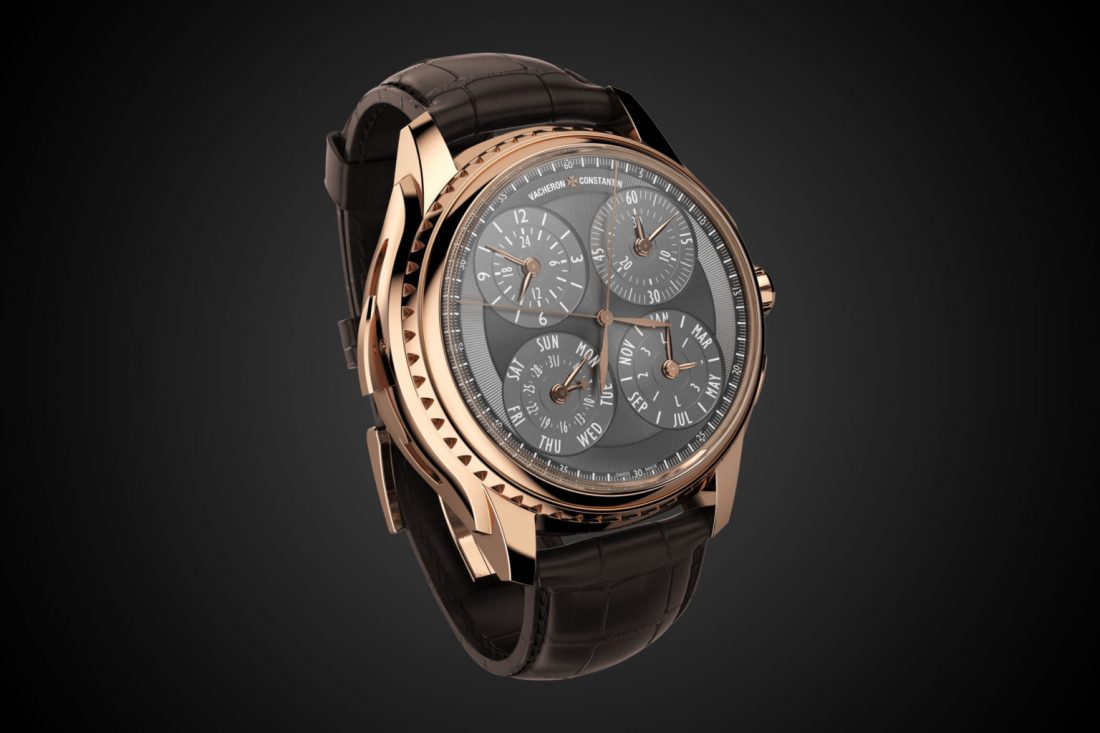 The creation of such complex watches, with multiple functions and multiple “displays”, is always an event in itself and an authentic challenge that only a very exclusive group of brands is able to face. The chronograph Vacheron Constantin Grand Complication Split-Seconds - Time it is a true masterpiece and contains, as already mentioned, no less than 24 complications, orchestrated by the new caliber 2756, with a total of 1.163 parts. It was developed by the team responsible for the exceptional reference 57260, members of the atelier "The Cabinotiers"of Vacheron. 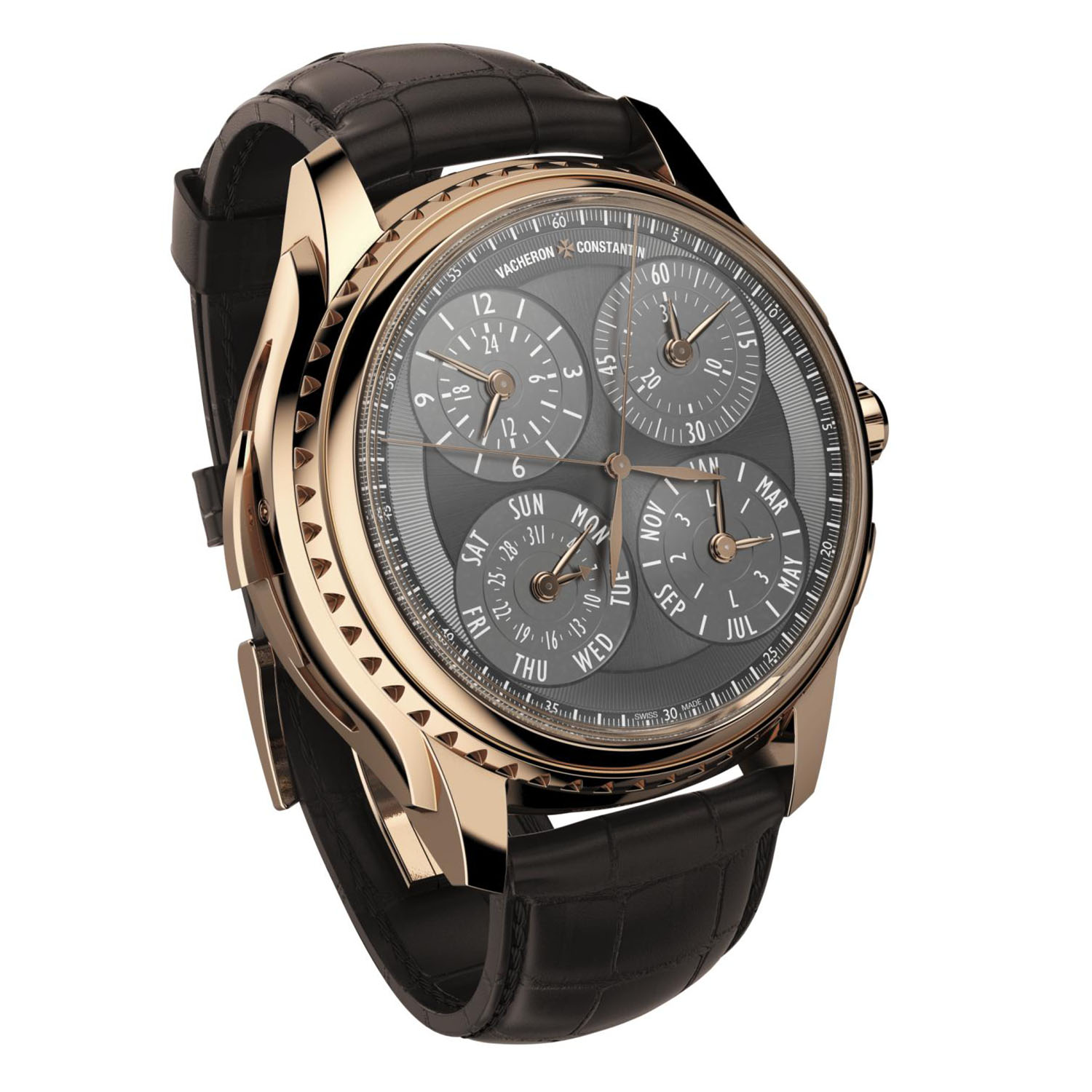 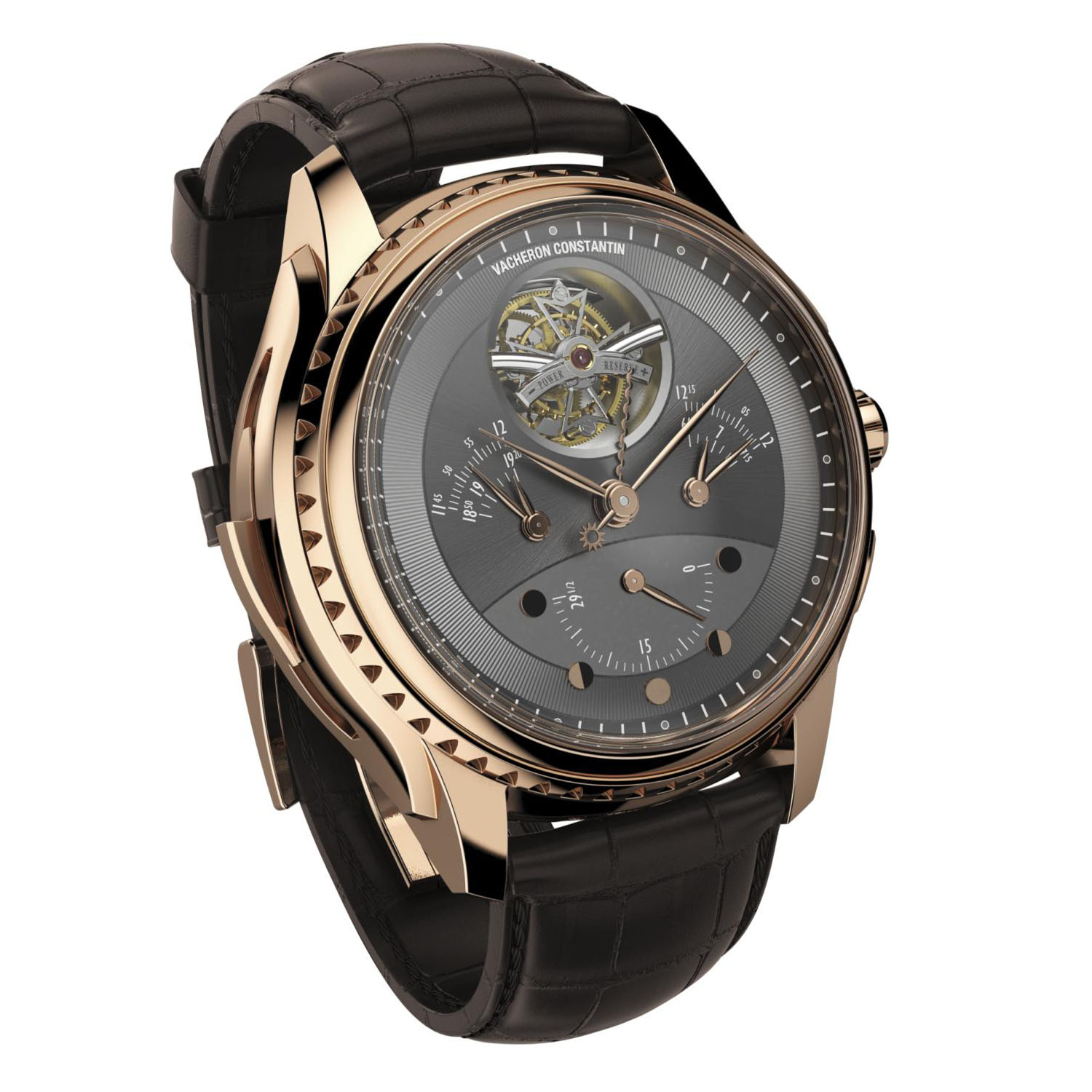 The clock has a “dual display”, with two slate gray dials with sunbeams and finishes guilloche around the circumference. The front shows the time, chronograph functions and a perpetual calendar. The back is dedicated to astronomical functions, including indications of solar time, equation of time, sunrise and sunset, length of day and night, as well as the age and phase of the Luna (which only requires a correction every 1.000 years). It is also equipped with a minute repeater. Finally, it is regulated by a tourbillon whose cage has the shape of a Maltese cross, the emblem of the Home. Operating at 18.000 vph, its power reserve is 65 hours, which drops to 40 hours when the chronograph is running. 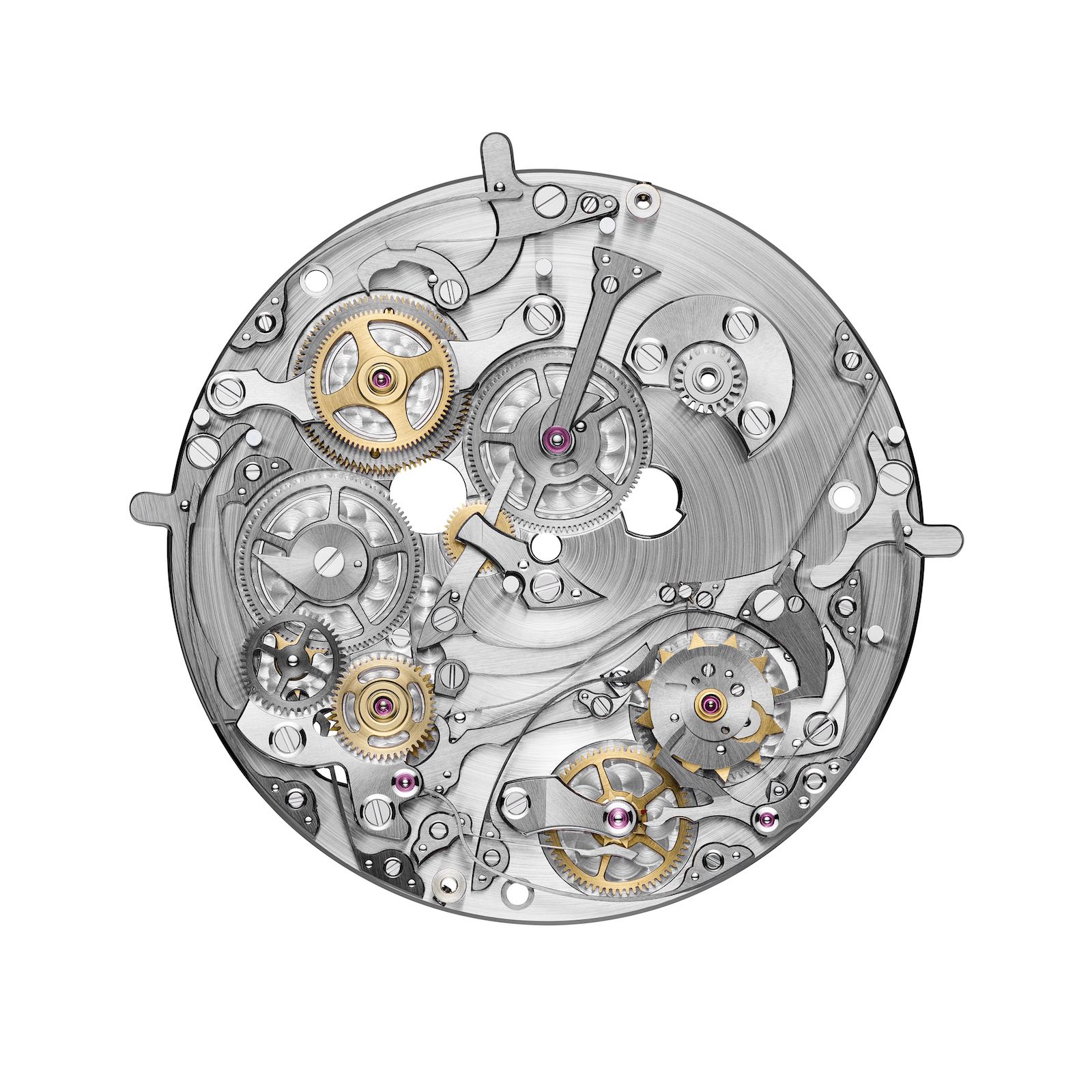 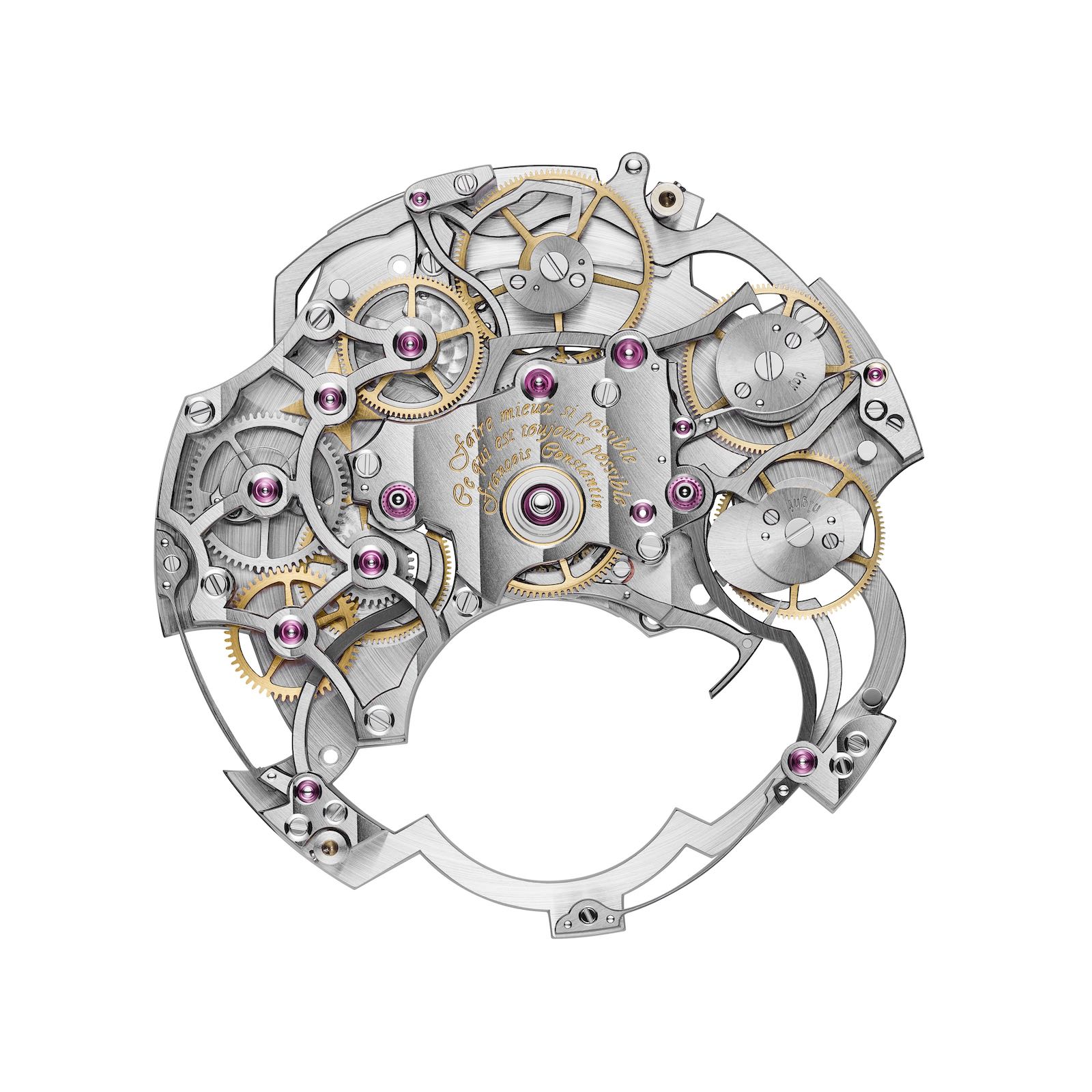 The new caliber 2756 it is housed in an impressive 50mm x 21mm perfectly symmetrical case. Thanks to an attachment / release system to the removable strap, the watch is reversible and can be worn on both sides, depending on the mood of the moment. 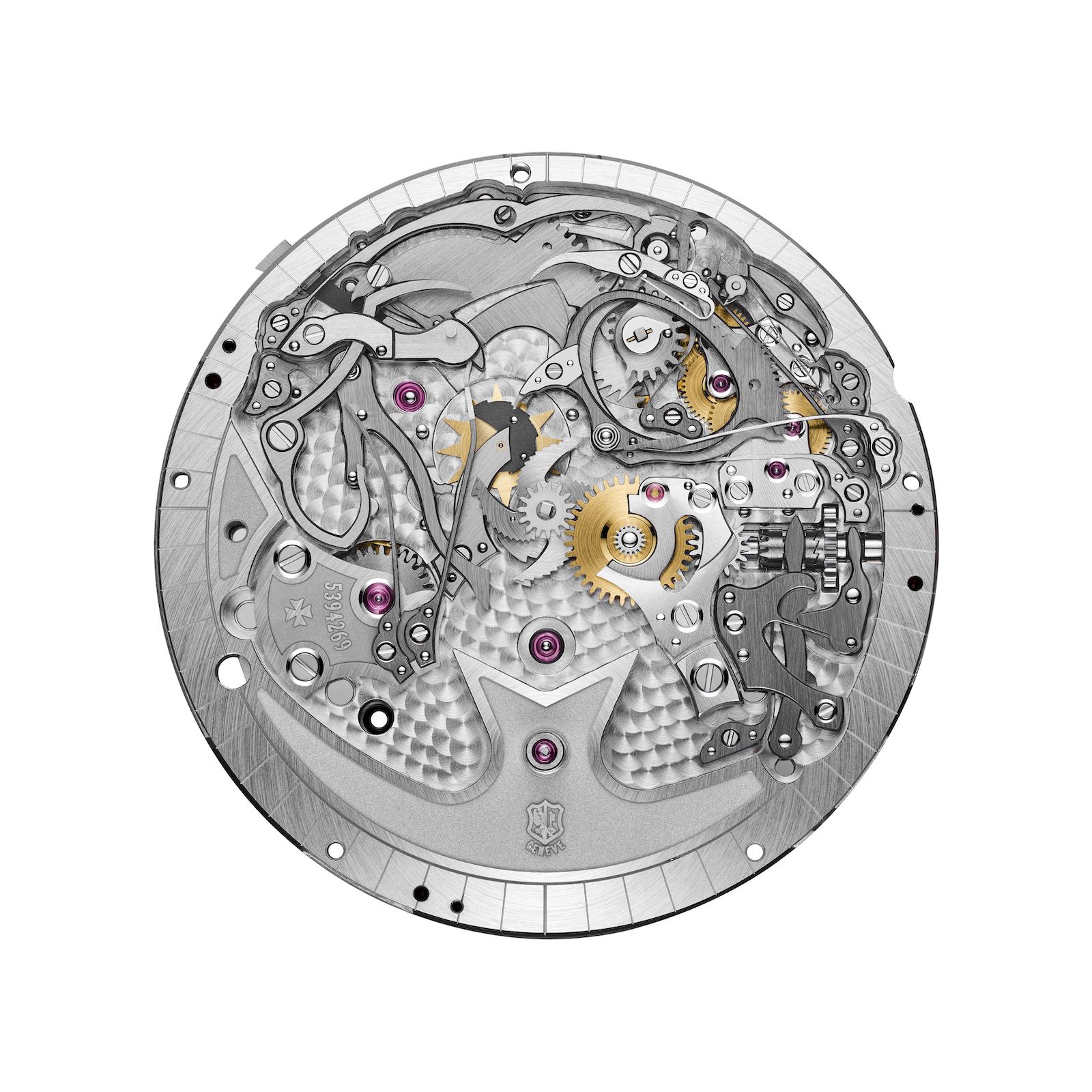 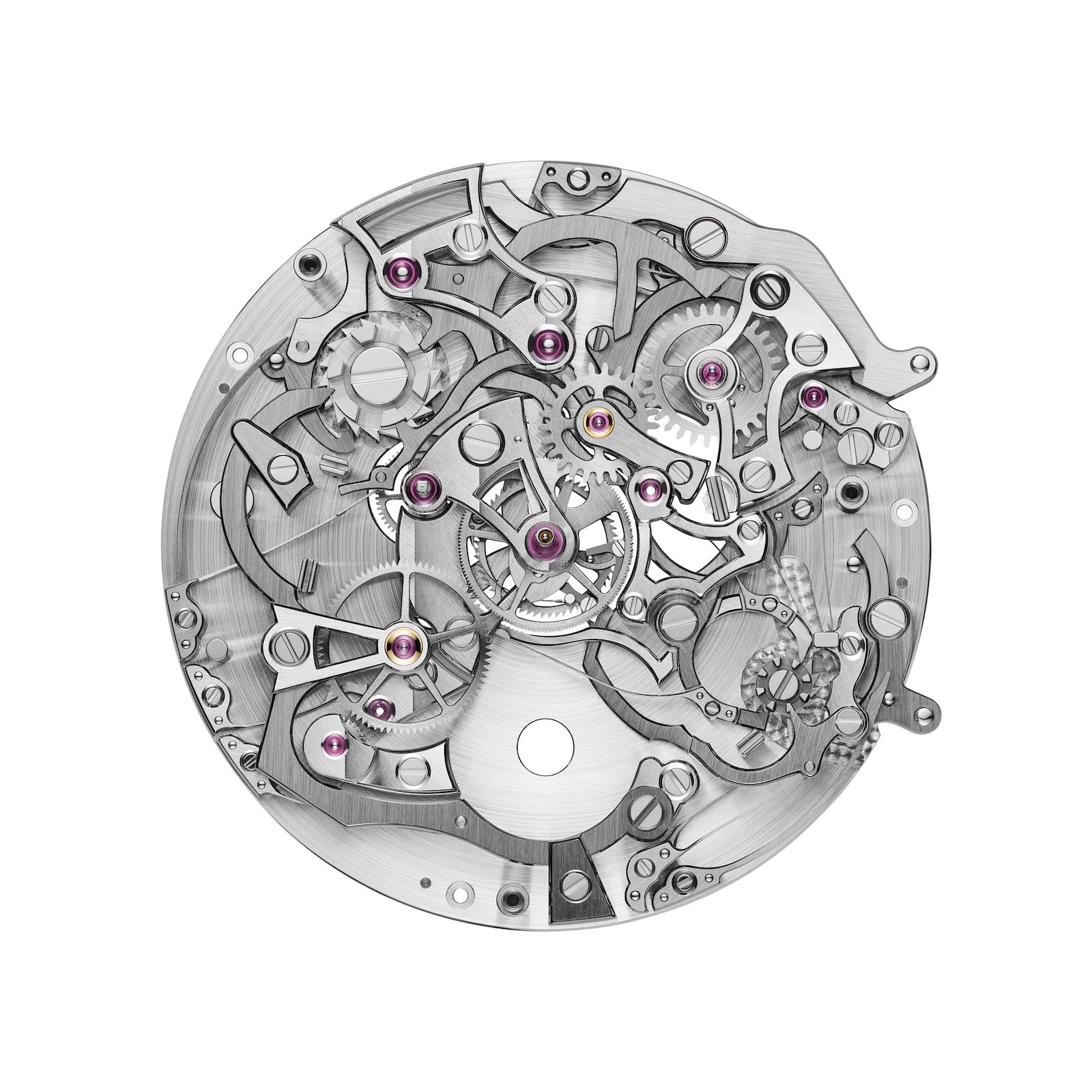 The chronograph Vacheron Constantin Les Cabinotiers Grand Complication Split-Seconds it is a unique piece. The price is not disclosed and can only be obtained "on request". The watch is presented as part of "The Musique du Temps“, As part of the collaboration of the maison with Abbey Road, iconic London sound recording studios, to which Vacheron Constantin entrusted the truly unique sound development of this model.