The “Royal Wedding” took place yesterday, a royal wedding between Prince of Wales Henry and African American actress Meghan Markle at St. George's Chapel in Windsor Castle, a royal residence in the county of Berkshire.

The event of the year, as defined by most, attracted attention not only to the two newlyweds, respectively Duke and Duchess of Sussex, but also to the guests and their looks. Among the celebrities who attended the wedding we find Elton John, Victoria and David Beckham, Serena Williams and last but not least, accompanied by his wife Amal, the style icon George Clooney.

Speaking of the latter, obviously as watch enthusiasts we could not hide our curiosity in trying to identify which watch he was wearing for this very important occasion. In fact, we did not miss the elegant timepiece that made its way under the cuff of the American actor's shirt, in a light gray suit. 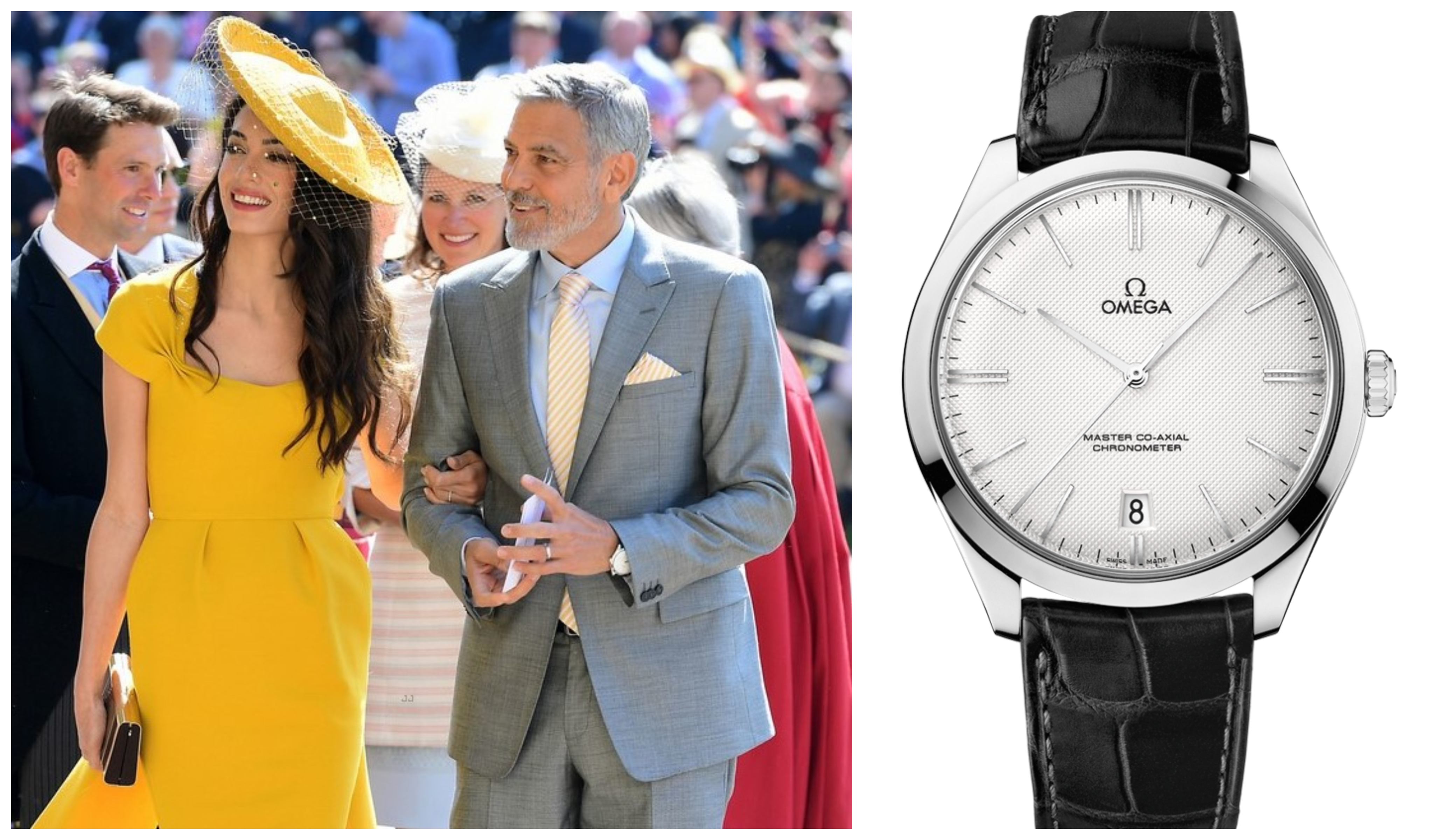 Double-stranded with OMEGA through family tradition and a passion for the brand that brought the first watch to the moon, Clooney wore the refined OMEGA TRÉSOR MASTER CO-AXIAL 40mm reference 432.53.40.21.02.004.

Cash in 18k white gold, domed dial in opaline silver with a splendid “Clous de Paris”And date window at 6 o'clock, the De Ville Trèsor best combines OMEGA's savoir-faire in terms of aesthetic finishes and the technological avant-garde of its movements. The watch is powered by the anti-magnetic manual caliber OMEGA Master Co-Axial 8511, visible thanks to the sapphire crystal caseback that allows you to admire the "Côtes de Genève ”with arabesque and balance bridge in red gold.

Find out more about OMEGA Trèsor on the website OMEGA